Every year the technology in the trucking industry is improving. From autonomous trucks, electric semi-trucks, better safety devices, and countless trucking accessories that help make your job easier.

Learn more about all the latest and greatest trucker tech. From self-driving trucks, GPS units for trucks, the best Bluetooth headsets for truckers and more.

Alphabet Inc., known primarily for their Google search engine and YouTube video platform, has a subsidiary known as Waymo. Waymo has two wings, Waymo One for typical four-wheel driving of passenger vehicles, and Waymo Via, where they are testing the technology in 18-wheelers for long distance deliveries.Waymo is still a far way away from making […]

Whether you are a fleet owner hoping to add a new Kenworth medium-duty truck to your fleet, or a dealer hoping to add some variety to your dealership lot, your decisions in regards to T270s and T370s just became much more varied. The Default Before we go into the new options for your truck, it […]

Haul: The Attempt to Revolutionize the Trucking Industry

The race to get a viable fully electric heavy-duty truck is still on, but the lower difficulty challenge of doing the same for medium-duty trucks appears to be coming to a close. Now, Peterbilt Motors Company joins the lineup of electric vehicles in the Class 6 and Class 7 markets, thanks to the Peterbilt Model […]

Navistar and Cummins to Extend Partnership

Cummins and Navistar International announced on August 10th their plans to continue working together in a partnership, as they have for over eighty years.Working in UnisonMost truck companies, such as Volvo and PACCAR, build their own engines in house, for both cost savings and to ensure all of the parts work together. Navistar International prefers […]

In the 19th century Thomas Edison and Nikola Tesla duked it out to determine the future of electricity between DC and AC. Now, two companies, both named after the winner of that debacle, are battling it out to get their electric trucks out to market.NikolaNikola Motor Company is the underdog in the competition. With a […]

We have written a lot about zero-emission trucks, but when it comes to hauling perishable goods such as frozen foods, tractors are only half of the equation. The reefer unit also needs to use energy in order to offset the second law of thermodynamics (that is, keep cold items cold). Wabash National, a manufacturer of […]

We at TopMark Funding have written before about the obstacles stopping autonomous semi-trucks from becoming the norm. One of the largest was the problem we called “Dynamic Adaptation”: how current autonomous trucks work fine in open, well-maintained highways, but start to struggle when dealing with less optimal scenarios such as road hazards and city streets. […]

Autonomous trucks may still be a far way away from becoming the norm, but the journey of a million miles begins with one wheel rotation. A small handful of companies are working together to help lay the groundwork of making it a reality.The TeamThe companies that form this partnership of establishing an autonomous network of […]

eDumper: The Electric Dump Truck Without a Cord

Electric vehicles are intricate machines, but eventually due to the laws of physics such as that blasted conservation of energy, the vehicles need to be recharged with juice after some amount of traveling. Emining, a Swiss technology company focusing on the mining and quarry industry, has come up with an ingenious way to have dump […]

In a unanimous vote, the California Air Resources Board (CARB) approved a mandate detailing what percentage of medium-duty and heavy-duty vehicles sold in the state have to be zero emissions for the next decade and a half. The Details The Advanced Clean Truck rule, the first of its type, sets standards for truck and chassis […]

Hyliion to Go Public and to Sell Hypertruck

The two largest obstacles to making electric vehicles, especially big rigs, the dominating force in the market are range capacity and charging rates. But, there is a third you may have not even considered: heat generation. Charging Speed When charging a small car into a standard 120-volt electrical socket, the car charges at a rate […]

With Tesla delaying the Semi for another year, it appears to be that the Nikola Motor Company (also named after electrical inventor Nikola Tesla) is the frontrunner to get a fully electric semi-truck to market. Their chances just increased immensely when they finished performing a reverse merger with VectoIQ Acquisition that will also raise at […]

Truckers driving through Arizona may be relieved to hear that the Arizona Department of Transportation has updated its 511 website to include rest stops. This change details not only the locations of rest stops within the state, but also whether or not they are currently open, and the number of truck parking spots at each […]

When it comes to electric semi-trucks, one of the largest obstacles is charging times. With a standard household outlet, the charging rate for an electric semi-truck can be less than one mile per hour. But there is, for all intents and purposes, a limitless source of energy in the sky that could be harnessed for […]

11 Top Reasons to Use Trucking Telematics

The trucking industry is going through many technological revolutions right now; one of the most important ones is in the telematics field. If you are unaware of telematics being an influential force for commercial trucking, there is a very good chance that you use telematics in your business today. Elaborating further on the usage of […]

Although it may be tiring to hear about COVID-19 each and every day, it appears that the pandemic may be coming to an end soon. The trucking industry may return to normal, but a new normal from how the trucking industry was in January 2020. What changes will be permanent? Online Interaction The need for […]

The Open Road with COVID-19

In the 21st century, big rigs are becoming more and more integrated into the Internet to help trucking companies, both big and small, increase their profit margins and generally make life easier. Here are some examples of tech strategies that fleets and owner-operators alike can or should adopt to help run a tight ship. Benefits […]

What Are The Best Bluetooth Headsets? What are the best Bluetooth headsets for truck drivers for 2020? Truck drivers spend countless hours on the road. On average 8 to 14 hours per day depending on if your a short haul or long haul driver. In heavy traffic situations, you need to keep your eyes on […]

With fuel costs being one of the largest costs in the transportation industry, diesel fuel may be approaching its decline. Companies are racing to be the first to bring about a revolution of fueling to reap the rewards. Many alternative power systems are being researched, but none has caught the public’s eye quite like electric […]

Self Driving Semi-Trucks: When?

In 2016, Uber delivered 50,000 cans of beer over 120 miles of highway without any driver intervention. But two years later, Uber closed down its self-driving semi-trucks division to focus on self-driving cars instead. The trucking profession is huge, over five percent of all American jobs are in truck transportation. When self-driving trucks progress far […]

Differences Between Gasoline and Diesel

The first thing every up-and-coming trucker should know is that their semi-truck takes diesel fuel, not gasoline. What even some experienced truckers may not know are the nuances between diesel and gasoline, and why there is a distinction. Here, we go over the differences between the two. Origins Back in the 19th century, when automobiles […]

There seems to be no stopping Tesla. The technological giant currently has a market capitalization more than twice over Ford. Recently, Tesla has decided to step into the semi-truck market with their new Tesla Semi, set to be released by the end of this year, 2020. Here’s a rundown of all of Elon Musk’s individual […]

With changes in technology come changes in regulation. The trucking industry is no different. By December 2019, all non-exempt trucks must have an ELD certified by the Federal Motor Carrier Safety Administration (FMCSA). In this article, we will talk about ELDs, their purpose, exemptions, and more important information. What is an ELD? An Electronic Logging […]

Self-Driving Semi Trucks: Will Truckers Be Out of Their Jobs?

Why the Future of Driverless Trucks Aren’t Driverless

People have been dreaming up the self-driving car since the 1920’s, with the first semi-automated car actually coming into the picture in 1977 in Japan. This car could go 19 miles per hour supported by an elevated rail, and needed to run on specially marked streets. From then to now in 2019, you have probably […]

How Tesla’s Electric Semi is Affecting the Industry

You know Tesla as the sleek electric cars you see zipping around on the freeways. You know they’re state of the art, all-electric, and sometimes have doors that open upwards – falcon-wing doors. What you probably don’t think of when you think of Tesla is electric semi trucks. But Tesla has indeed rolled out all-electric […] 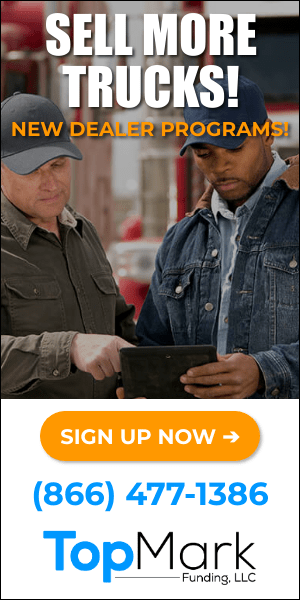