Gas prices. There are few things that can make you groan as much as passing by a gas station and seeing that high price tag on gas. If you run a semi truck or are looking to finance one, the same goes for you, but double. Big Rigs aren’t known for their fuel efficiency.

Just a decade ago, truckers didn’t have to put much thought into mpgs. Now, technology has come an extremely long way. Fleets focused on fuel economy are not only here, but they’re also necessary. 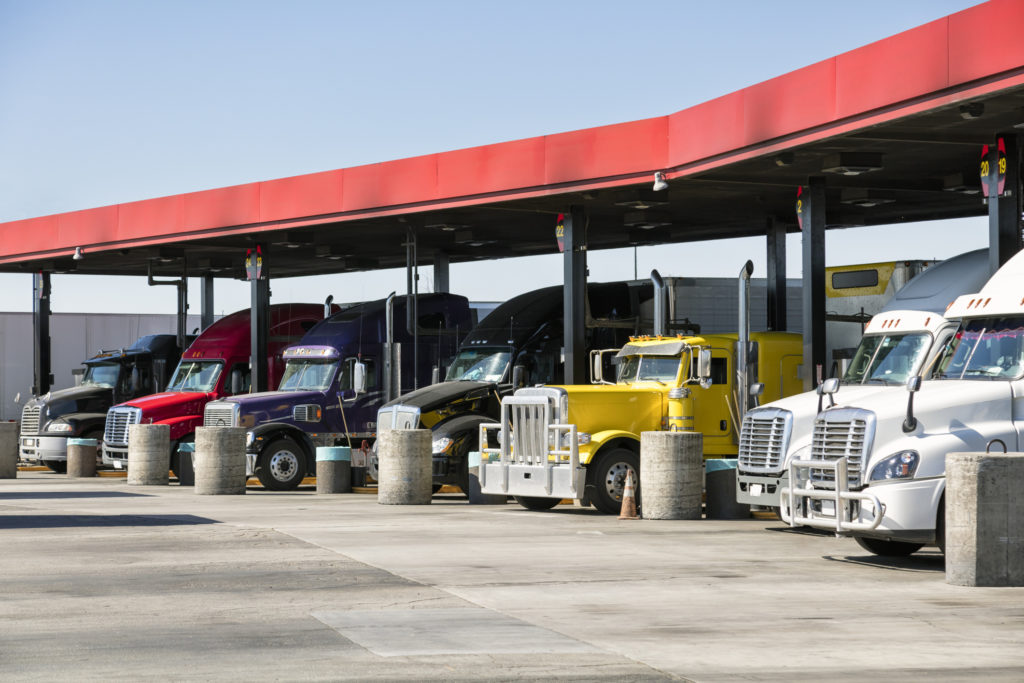 But in the 1950s, semi truck fleets were getting about four to five miles per gallon on average. With a low cost of fuel, this wasn’t a major problem. Now, fleets that are doing fairly well get about eight miles per gallon. But the ten-mile barrier is achievable with all the new technology implemented over the last few decades.

From 1950 to the 2000s, a few miles per gallon in fuel might not seem like such a huge upgrade. But trucks were upgraded as well. About twenty feet per truck was added, and 7,000 pounds of material. Road speeds increased from 40 to over 70 miles per hour. If factors like those are taken into account, then it’s not too far off to say that fuel efficiency much more than doubled.

The goal is to push the average of eight miles per gallon to ten, a goal which isn’t far off. Stop-and-go traffic, weather, idling, and congestion all need to be taken into account when calculating fuel efficiency as well, problems that aren’t going to be solved overnight.

Scott Perry of Ryder System says that getting to ten miles per gallon or higher “is absolutely realistic. It will be interesting to see which technologies we ultimately deploy to get there, but between aero and some of the advanced engine strategies we are hearing about, I absolutely see a pathway to 10 mpg and maybe 11 or beyond.”

Under perfect conditions, many trucks already run beyond ten miles per gallon. But the national average of trucks is still 6.5 miles per gallon. But a whole slew of technologies is set to change that. Predictive cruise control, economy coast modes, 6×2 drivelines, telematics-based driver coaching, and down-sped power trains are only some of the different ways proposed to increased fuel efficiency. Teaching drivers how to drive effectively to conserve fuel is a huge way to impact fuel economy.

SuperTrucks are also on the rise. They have light frames and advanced trailer aerodynamics. They’re currently fairly pricey, and improvements in shape and sculpting are still being perfected to achieve maximum efficiency.

At TopMark Funding® we offer several semi-truck leasing options that will fit your budget and help add profit to the bottom line. The trucking business has unique financing requirements when it comes to leasing semi-trucks, we get it! At TopMark Funding we have 20 plus years of truck leasing experience. We live and breathe commercial truck financing.